Voyeuristic contents have their fun as it stimulates the sensation and assists one to engage freely, rather knowledgeably. But when it comes to sharing the kinky sex confessions, nothing can beat the interplay of words and phrases that dictates the moments.

Whether it is a tale of one’s “first time,” or the story of someone being in an engaging “having sex with my friend,” whether it is the tale that showcases the “remorse of having been involved in a one night stand but God! was it good!” relationship or casually having steamy sex with your lover, the list might go on with different variation of the situation, but the fun will remain the same.

Here we will share with you quite several sex stories that will incite you, excite you and finally, prompt you to take your phone and call your ‘significant other.’

Apart from that, the concept of consent is applicable here as both partners should approve of the imagination before involvement. There should be a safe word too. So with this being cleared, let’s move on sharing some stories regarding the kinky fuckery.

I Was Turned On So Much

“It was the second session of the night with my FWB. It happened a few years ago, and we were both into the moment doing it in the shower. He pushed me onto my knees so that I could suck his dick. Giving him the blowjob felt surreal as I felt I was in my element. However, midway I found myself sitting on my ass, in the tub. My legs were spread, and then I found him sticking his foot between my legs, penetrating my vagina with his toe. He kept looking down on me. The intimidation and the sexual tension were oozing out of him as his stare made the whole situation more exciting. Even though it happened for quite a minute, it turned me on so much that I couldn’t help but scream that I wanted more of him. God! It was perfect, and from time to time, I still reminisce about it.”

So She Learned This New Trick Which Blew My Mind

“Well, it happened with my ex. Though I and my ex weren’t thinking about having sex, the moment got intense, and we kinda let it go. It started with us snuggling happily, but suddenly I found her grabbing two of my fingers gently caressing it between her lips. Slowly she deep throated it. After doing it for a couple of minutes and after things had heated up, she used my heavily dripping fingers to lubricate her vagina. I took her from the behind and fucked her senseless. That was a good fuck as the element of surprise kept it hot.”

“My girl and I were making out. As we were 69’ing, I thought of doing something new. I kept massaging her vulva and clit with my fingers while eating her pussy. She got turned on very easily and squirted in my mouth. I swallowed the whole thing and indulged in a hot and heavy made make-out session.”

Accidental Role-play Made It More Fun

I was having sex with my boyfriend. It was pretty sweet yet passionate, simple yet full of feeling. As I was in the moment doing it in the missionary position and as I could feel him getting close to being ‘done, I reminded him that he needs to pull out. Yeah, I know, I was on the pill, but I didn’t want to take any risk, so I just asked him to be conscious about it. So when I told him to pull out, his response was, ‘What? Are you afraid that I will knock you up?’. I was a bit taken off guard, and in the heat of the moment, I answered bum with a simple yet obedient ‘Sir, please don’t!’. As soon as I spurted the words, the moment took a straight 180° and turned into a ‘don’t get me pregnant/what are you gonna do? I’ll get you pregnant’ session. He pulled out anyway, but the whole atmosphere and the situation made me cum immediately. It was so intense and fun that sometimes I enjoy myself just thinking about it”.

Hormones Make Us Do Crazy Things

While dirty sex means different things to different people, depending on the individual’s perspective, subjectivity works the more. Nonetheless, the dirtier the story is, the better it gets. We shared five sex stories with you with the kinkiest backgrounds ever possible. If you have something to share with us, leave it in the comment. 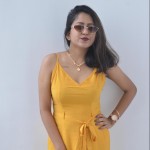 Self-Starter and have been writing for various beauty, lifestyle and travel blogs. Having profound knowledge in creating SEO optimized contents.

How to Arouse a Woman – Moan Her Faster!

Penis Massage- How Can You Drive Your Man Wild?